Licensure in Theatre and English

Anthony Davis began teaching at CHS in the fall of 1994.  He teaches Drama I, II, III, and Speech.  He has a BS degree from Middle Tennessee State University where he majored in Theatre.  He has been married since 1984 to Edna and has one daughter, Beth.

Davis started CHS's "Smokestack Theatre Group" in 1994 with the group's first production, Frederick Knott's Wait Until Dark.  Since then, the group has produced dramas such as Our Town, The Crucible, and The Diary of Anne Frank.  They have produced comedies such as God's Favorite and The Boys Next Door, as well as musicals such as Godspell (the first Broadway musical in CHS's history), Man of LaMancha and Footloose.

The group has toured New York City six times and sponsored the first high school theatre festival in the Middle Tennessee area, The "Smokestack Theatre Festival".  CHS drama is also home to Troupe 5412 of the International Thespian Society, a world-wide actors' fraternity which boasts Tom Hanks and John Goodman among its members.  The group regularly attends the annual Tennessee Thespian Conference at MTSU.  In 1999, the group won Tennessee's "Excellence in Education" award from the state.  The Smokestack alumni have majored in, minored in, or worked heavily in Theatre Arts Departments at Austin Peay State University, Middle Tennessee State University, The University of Tennessee, UT Chattanooga, Montevallo University in Alabama, Motlow State, Martin Methodist and Belmont University.

Students of the Drama I and II/III classes and the Speech class will need to bring a notebook or a section in a notebook with paper.  This should be brought to each class.  Also bring a pencil or pen.

The possibility of a field trip would necessitate each student to bring money (usually around $5 and usually in January or February).

Later in the year, the Speech class and the drama classes may be asked to buy a poster board for a project.  The cost is usually around $2-$3.  Do not purchase this item until asked to later in the school year.

There are NO class fees for any speech or drama class.

Theatre Arts I, II, & III are offered at Community High, as well as Speech.

* a branch of The International Thespian Society (Troupe 5412)

* opportunities to audition for two major productions (fall and spring)

* a summer theatre program open to current and alumni students

The drama group, known as "The Smokestack Theatre Group" is dedicated to educating the students of Community in the theatrical arts, to include acting, lighting, costuming, set construction and design, make-up and stage movement.  All students are welcome and encouraged to sign up for the classes, to join the club, and to audition for the evening productions.  Get on board; we have a place for you! 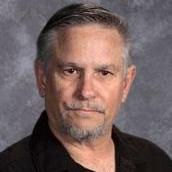